A new year but the same challenge

At the end of last year none of our major track day plans materialised and we just decided to enjoy the car when we could before the bad weather came along. Now its the new year we've given ourselves some new deadlines for modificationss and servicing. Summer might yet again not be a realistic target as I am in the final stages of becomming a qualified management accountant but before that kicks off I'll be doing what I can.

First job is fitting a new fuel filter. We're going for a completely new option as we are concerned about the longevity of the small plastic filter that is currently fitted as under extreme pressure and being near the headers it could split and become a real hazard. 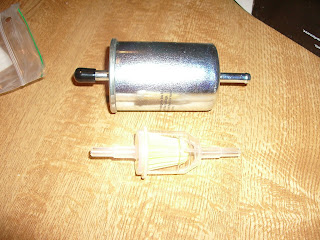 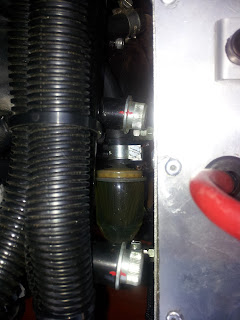 Its replacement will be a stronger metal unit which is also larger giving it more filtering surface area so we can leave it in there for tens of thousands of miles if we wanted. Only problem is we made the fittings specifically for the original in a rather narrow area between the bulk head and the engine block. With some persuasion it got in there and was held in with the same fixings. A quick blast showed it didnt vibrate or get heated by the engine. 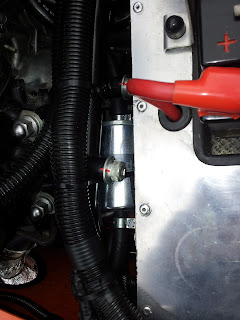 Second job was to remove the track rod ends as both had damaged rubber boots and with the geometry still on the to do list we thought it best to replace them now rather than later on.

Next up was the exhaust. There has been a drumming sort of sound when coming off throttle which we imagine is the silencer packing deteriorating as this apparently goes after around 2,000 miles. As the MNR silencer is so long we required two packs of pre rolled packing from car builders solutions which isnt cheap at almost £40. The job should be fairly simple requiring the end cap to be removed followed by the packing then the new stuff goes in and the cap is riveted back on. 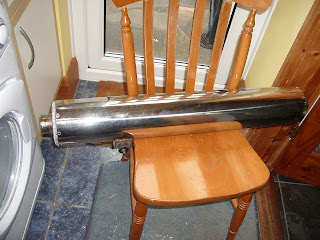 Problem is we rammed loads of metal putty around where the end cap fits to provide an air tight seal as exhaust gases came out of every badly fitted piece. Sounded like a good idea at the time as we didnt think the packing would need replacing so soon. What came out was really burnt up in places with most of the wire wool gone so seemed like I made a good decision to replace it. 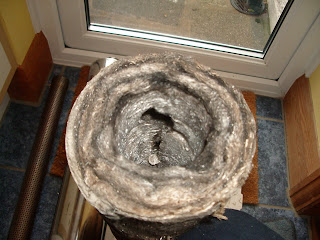 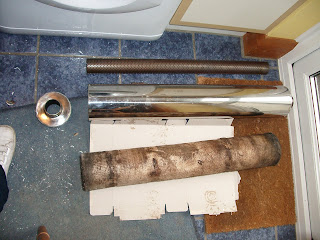 Once finally apart I got the new packing out of its delivery cellophane however this turned out to be a bad move as once unwrapped the packing expanded and was too large to go into the silencer.
From the photo you can see the wire wool wrapped around the perforated centre tube followed by the outer noise damping material to stop it being blown through. 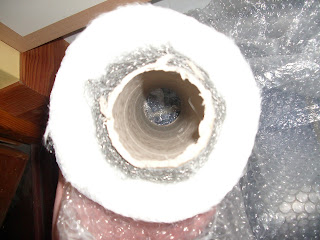 Its still a tight fit but with a hand from my dad we squeezed it back in using a roll of duck tape.
Newer Post Older Post Home