This is my dads report as I was stuck in the office!!!

An afternoon off work last Friday with the sun shining seemed just right for the drive over to Mitcham VOSA for the re-test. Would it pass though? We had cleared the emissions hurdles at P D Motors with help from Paul Dunk and after one cooked emissions probe. Otherwise we were feeling happy with what we had done to correct our other eight issues, so long as the inspector wasn’t going to be too picky.

The battery was on charge for a few hours earlier in the week to make sure it started first time so 45 minutes to get there was going to be easy. I was on my own though as Adam was at work. I started to get nervous when my finger was on the start button for the third time and it still wasn’t firing – straight into panic mode!

Bonnet off, Pipercross filter off and a squirt of throttle body cleaner into each of the ports which quickly sorted that one – heart rate back to normal!

This doesn’t sound good but is reasonable considering we had to lean the fuel / air mixture to a dangerously low level to get the emissions right. This map also made it drive like a bucking bronco up to 3000 revs when the richer map settings kick in as there not tested at higher revs.

The journey to Mitcham was event free, excluding going the wrong way, getting stuck in a traffic jam with Croydon’s fuzz behind me looking at the place where our number plate was eventually going to be with a frown on their faces Then almost at the finish line taking the wrong turn into a small car park instead of the VOSA entrance in which I had to push the car backwards to turn it round (I suppose we are going to get used to that with a bike engine!).

Having arrived at VOSA and been directed to Bay 2, I waited for the inspector with the engine running to keep the catalytic converter hot.

From an onlooker’s view the rest was a breeze. The inspector knew it was Friday afternoon and I tried to look as though I didn’t care (that wasn’t how I felt though).

One of the fail points from the last test was the steering with the tester saying it was not collapsible hence we fitted the MNR item which has passed several tests without a raised eyebrow. First thing I heard was ‘Where’s the collapsible feature on your steering wheel?’. Trying not to sound too defensive I said ‘we bought (borrowed actually!) this wheel from MNR and they assured us this was SVA and IVA compliant’. Then the testers confusion came to light. ‘You don’t mean the collapsible feature on the column do you?’ I said pointing to both the telescopic column and the joint in it with a greater than 10 degree angle of deflection. ‘Oh yes’ he said, 'that’ll do’, which is the same thing we mentioned in the first test so we didn’t even need MNR’s wheel anyway and the point should never have been raised as an issue. However, as the emissions test was yet to come, I just smiled and left it at that.

Now onto our biggest problem to date, the emissions. I think I held my breadth for the entire 7 minutes while the emissions were recorded, at the end of which a nonchalant ‘that’s fine’ seemed a bit of an anti-climax for the hours of head scratching, research, trial and error attempts with different parts and several Saturday mornings at PD motors on the emissions tester.

At the end of the retest I didn’t dare ask him ‘does that mean it’s passed?’ and after a pause checking over his inspection sheet he said ‘wait in reception and I’ll write your certificate out’.

It’s all a bit of a blur after that.

With the SVA out of the way this final hurdle is just a mere technicality as the car will be registered no matter what but it just depends what sort of plate we will be allocated;

Brand new ‘09’ plate if the parts bar one are all new. Unlikely for us as the R1 counts as the engine and gearbox as they are bolted together and are 2nd hand. The only way around this if a reverse box is fitted ie a brand new MNR or Quaiffe unit as it is a transmission unit

An age related plate is what we are aiming for, for us it would be a ‘G’ reg based on the donor vehicles age. MNR sold us a V5 for a Ford Sierra 1.6LX which hasn’t supplied any parts at all but they are sierra based I think a 2.0 with abs for rear brakes and shafts and a 2.3D for the differential. With an age related plate we could always fit a personalised plate at a later date.

Then theres the ‘Q’ plate for everything else which we could end up with if we failed the inspection but its the only one we don’t really want. It doesnt detract anything from the vehicle and even has its advantages like for mot testing but its slightly frowned upon in the motor industry as it still maintains the image of dodgey rebuilt vehicles and is shown by lower resale values. We also couldn’t hide the cars age with a personalised plate.

We’ve heard this is quite a daunting task with finding out what is needed when going through the DVLA phone network but this is not a problem for us as my work is situated almost next door to Wimbledon’s DVLA office. So it was easy to have a chat with the only lady who deals with these requests at this office and now all our paper work is in awaiting the inspection date. She did say though that it has to be towed in and cant be driven which is frankly stupid since we drove it twice to and from the SVA centre and 2 times to and from PD motors but now we cant pick up some plates – as I said stupid!

Feels about right for a brief photo summary 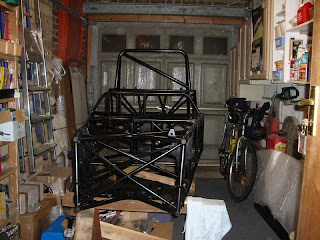 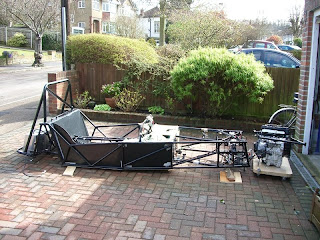 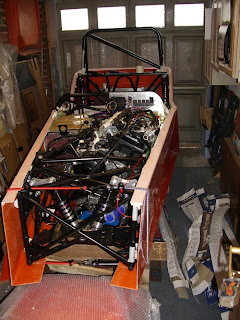 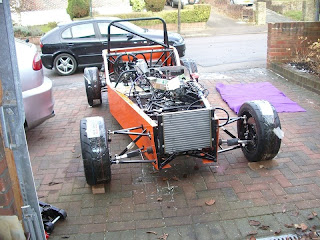 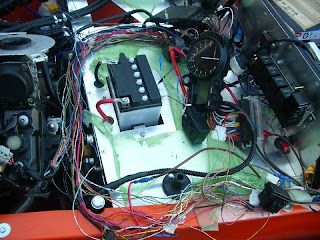 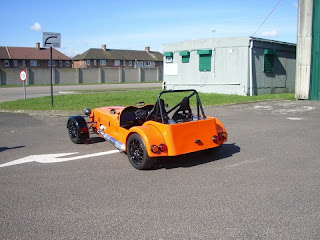 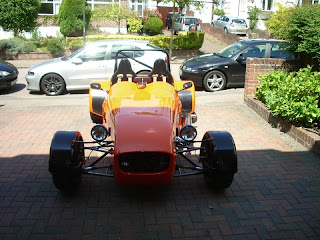