The front wings are complete wrap around pieces where the bracket starts at the stub axle which attaches to a sleve at either end and then to two "L" brackets which hold the arch on. This makes it all very fiddly and quite hard to get alligned rigtht and is probably why it took the etire day to sort out. First we started by removing the overlap weld from the rear of the upright. Dad had fitted all the brackets and arms together which required quite a bit of filling. The sleeves are bolted to the central bracket and "L" brackets. Holding the arch in place we marked where the arch needs to be trimmed for the bracket and where we wanted to cut the front at an angle to look similar to the rear. We then bolted the wing bracket to the arch with dome head bolts and rivnuts in the bracket.

Heres how it all looks 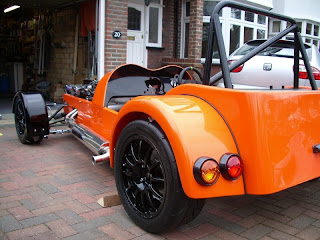 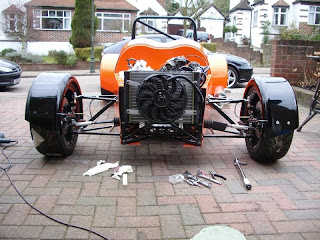 As we are nearing completion its time to get everything back together. Once all the wires are fed through the scuttle it is being attached with two locating bolts towards the front of the car and 4 bolts(existing tub bolts) reachable from inside the car. 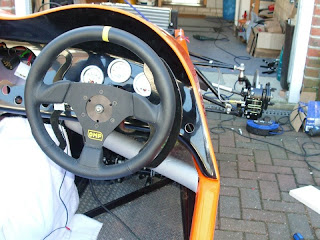 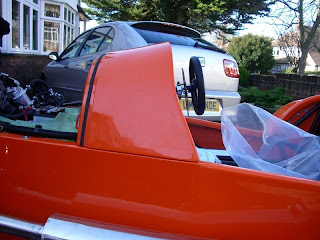 The bonnet has been left a while again and whilst standing up its spread out again and not a great fit. Like the scuttle were using the existing tub bolts to give something for the bonnet to locate into. There are 3 bolts either side of the bonnet and we have drilled the bonnet to fix into the bolt heads. Once this was done we left it so that hopefully after a few nights it might fit around the scuttle shape a bit better so we can add the bonnet catches next saturday. 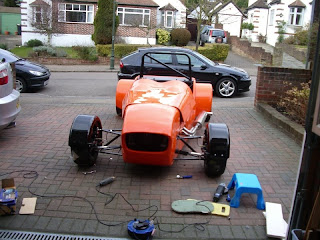 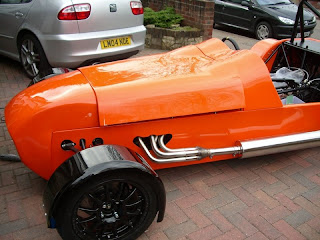 On the other hand the nose cone isnt looking too bad in the pictures but were going to try and reduce the gap further where it meets the tub if possible.
Newer Post Older Post Home